Visiting Willett Distillery today, the echoes of past generations of this Kentucky distilling family resonate throughout the property. Among Kentucky Distilleries along the Bourbon Trail, Willett stands out.

This is a small, family-owned distillery; they have kept to some of the tried and true methods (like hoisting the barrels to be stacked by hand) while embracing some of the modern ways; all of the renovations that have been completed have been paid in full, thus keeping this distillery debt free.

Restorations of the main distillery have kept the old brick flooring and inviting brick archways throughout. 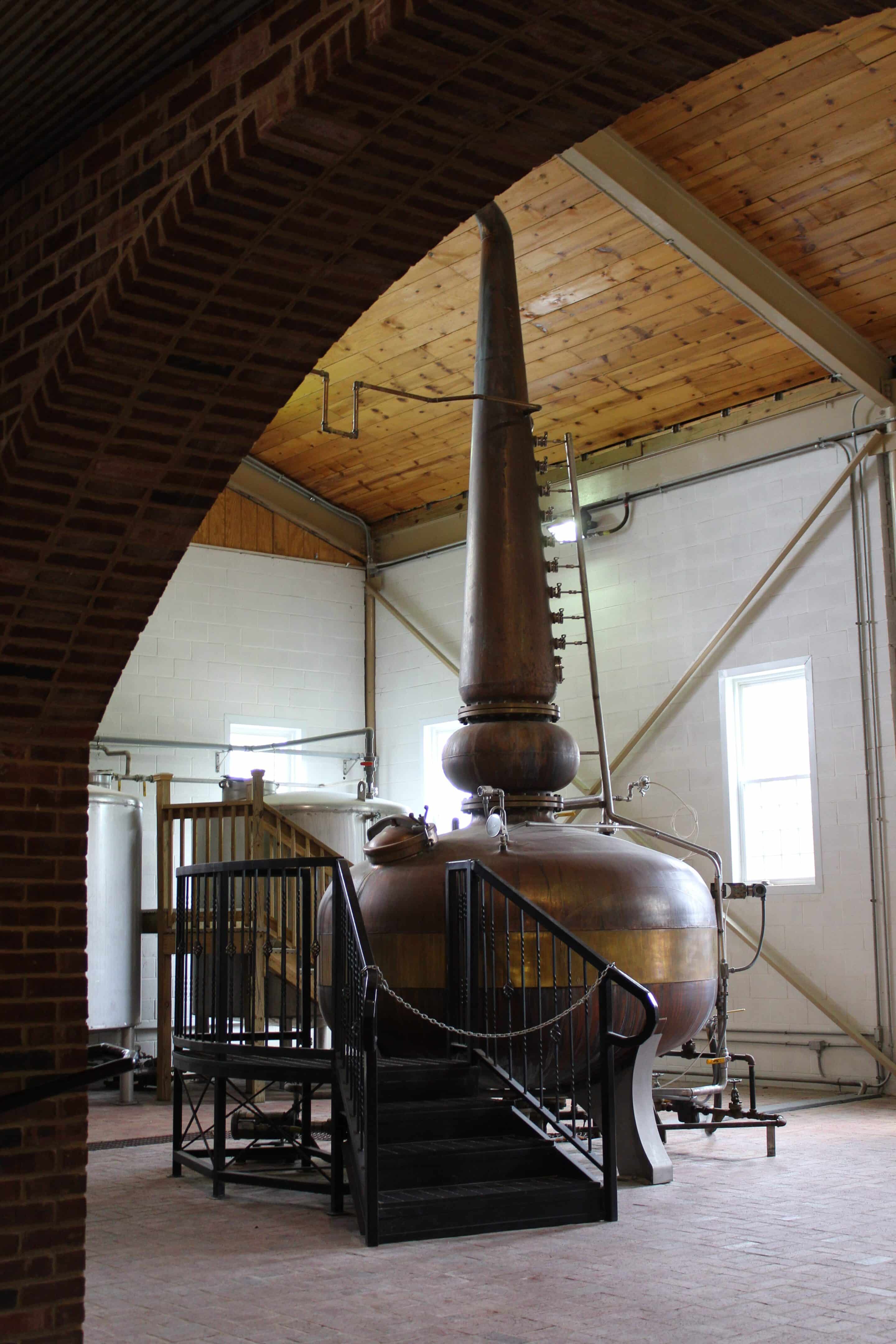 Willett Distillery's pot still, designed in Louisville, is graceful and shapely in its design, and elegantly fills the space. Distilling Is In Their Genes

John David Willett’s son, A. Lambert Willett, born in 1883, had distilling in his DNA. Beginning at age 15 he was working in the Kentucky bourbon business. He worked at several other distilleries across Kentucky during his lifetime.

On March 17, 1937, Willett Distilling Company put their first barrel of bourbon into warehouse A for storage. In 1984 Thompson Willett retired from the company and turned the helm over to his daughter, Martha and her husband, Even Kulsveen.

The gracefully elegant pot still was put to use for the first time on January 27, 2012, on what would have been Thompson Willett’s 103rd birthday. In honor of Thompson, the family put the first barrels of their new-make bourbon whiskey into storage.

2017 is shaping up to be a celebratory year for the Willett family. On March 17, 2017, Willett Distillery celebrated its 80th anniversary of the day Thompson and his family put their first barrels into storage. March 24, 2017, was the day they put their 25,000th barrel into storage.

There are certainly some big plans around the distillery. Paying for renovations at the time they are finished keeps them debt free. Using the pay as you go system keeps the company and subsequently the family, out of debt. There are plans to build a bed & breakfast, and other amenities in the future.

Today, the Willett family proudly carries on the family legacy that runs seven generations deep. Martha and Even are still at the helm; known as Mr. Even around the company, at a spry 71 years young, is still the master blender. Their son, Drew is following in the footsteps of his great, great grandfather John David, his great grandfather Lambert, and his grandfather Thompson. He too has distilling in his DNA and is the current master distiller at Willett. This writer can quickly draw the assumption that there will be an 8th generation following in Drew’s footsteps!

If You Plan to Visit:

All Photography is by Jim Hill

A huge thank you to VisitBardstown.com and Willett Distillery for their generous hospitality. As always, all opinions are our own.