Sometimes we need to speak the words, but sometimes a picture is worth a thousand words. That’s what we found with Man O War Cay ….. an out-island in the Abacos. A quaint settlement filled with fisherman and craftsman, many of whom are from the “first families” to have settled Man O War Cay in the 1700’s – loyalists from the United States who were loyal to Britain. Here is a montage of our time spent on Man O War Cay. The beach on the Atlantic side Jim swimming with Bentley at the Low Place Flip flops are always acceptable in the Bahamas! Two are better than one! View of the Ocean beach on the north end of the cay. The Low Place beach on the north end of the cay. The water is so clear at the marina you can see the bottom and the growth on the piling! The ocean beach runs the entire length of the cay The Ocean Beach – look at the beautiful water color! 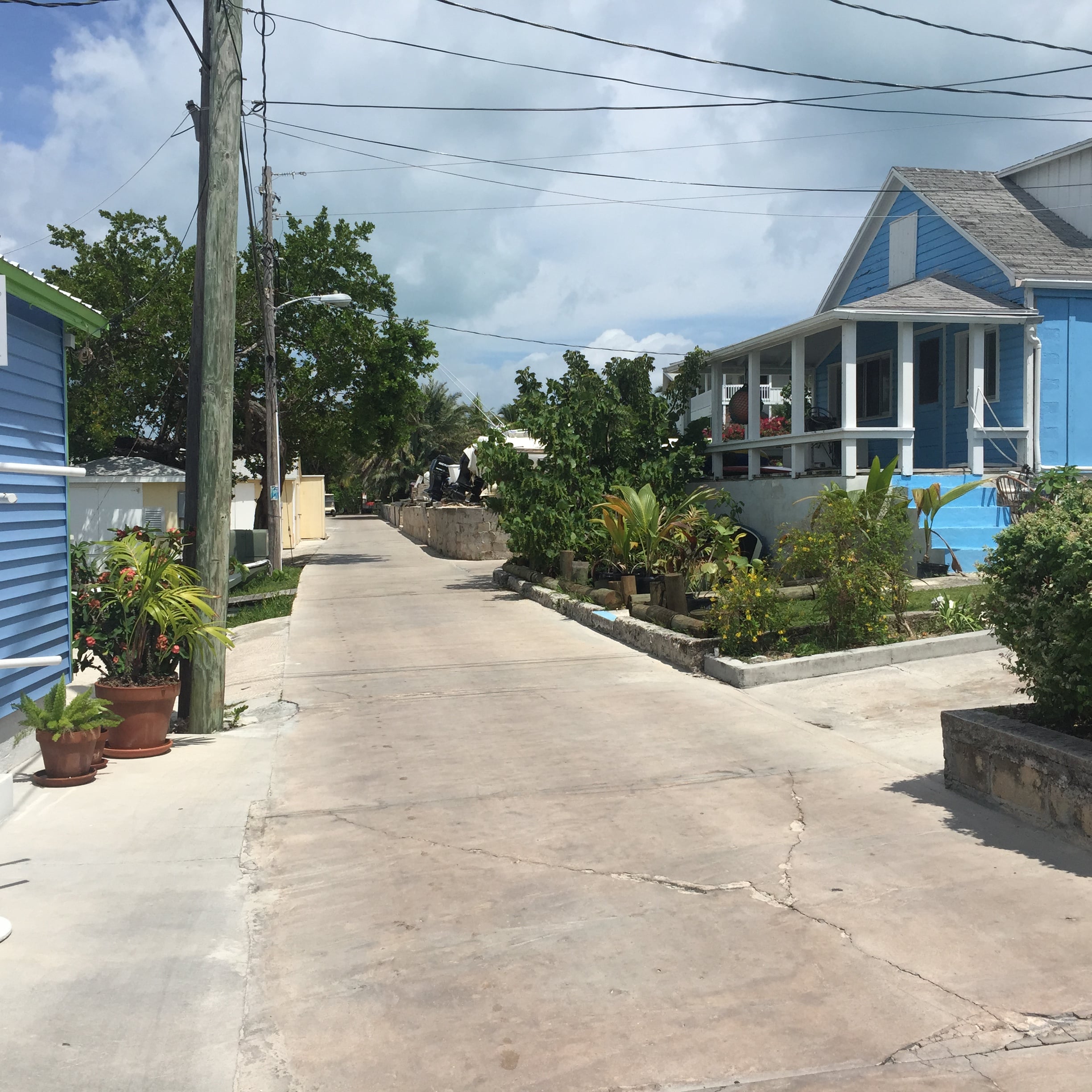 The main thoroughfare. No cars allowed; only golf carts and remember to drive on the left! The center of the settlement The old cemetary, listing the first settlers of Man O War Cay. The founding family ~ the Albury family. And they are still very prevalent on the cay.

Betsi is the creator and editor of Betsi’s World. Married to her husband, Jim, for 30 years she’s always had a love of wanderlust, but hasn’t always had the funds to enjoy the travel lifestyle.

They have upsized and downsized multiple times during their 30 years together. Now they are sharing their insider tips & tricks for living a smart luxury lifestyle. Of course, food and travel are a huge part of their lifestyle!

They take multi-generational trips with their extended family - ages 3 years to 84 years young, and Betsi takes care of planning these fun for the whole bunch, multi-gen vacations, choosing locales ranging from the Bahamas, the Caribbean, and the US. They've stayed at all-inclusive resorts, taken cruises, and more, and she’s opening her secrets and sharing all the tips and tricks for smart luxury travel with you!